Pictures from a walk along the Vendée river... 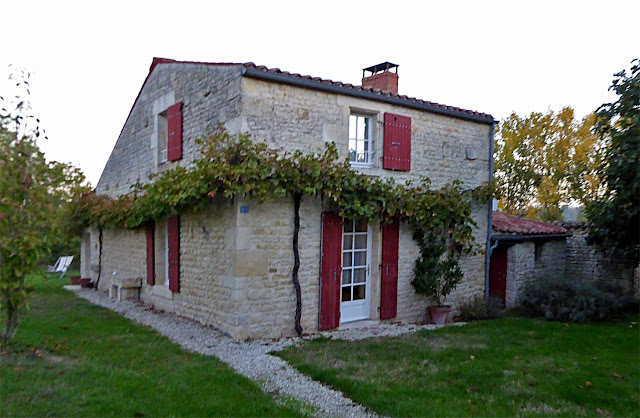 ...near the gîte. We arrived in very good weather on a Saturday afternoon in October. This is the house we had rented for the week. I took walks on Sunday afternoon and on Monday morning, with my camera.

Like many French départements (counties, more or less), the Vendée is named for the river that runs through it. It looked like this near the gîte. The path was for hikers and cyclists, and closed to cars. It runs for more than a kilometer and was a nice place to go for walks with Tasha. 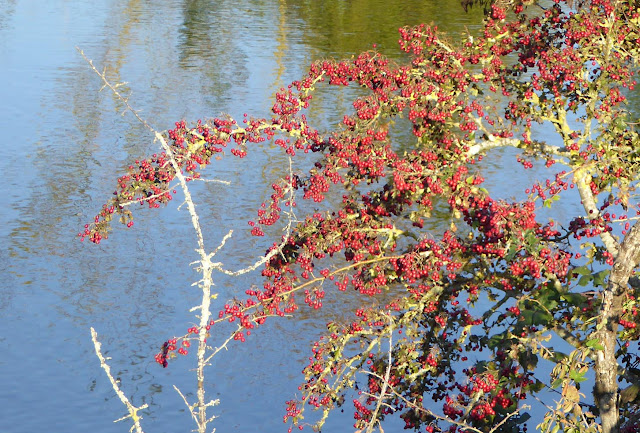 Because the sun was shining brightly, the colors and contrasts were beautiful. I don't know what these red berries are, but they were pretty against the reflective river. The Vendée is a very slow-moving river here. 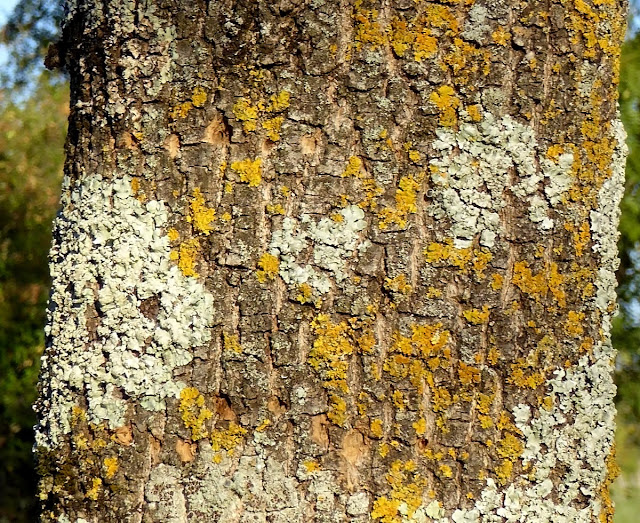 Lichens on a very big tree trunk caught my eye. The yellow ones are especially attractive. 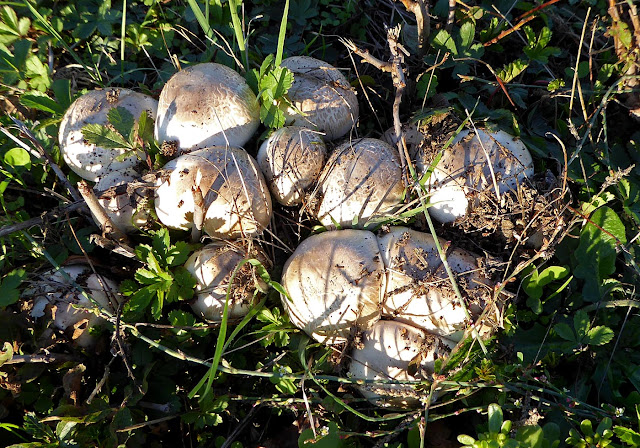 At one point, I noticed a patch of mushrooms growing by the path. 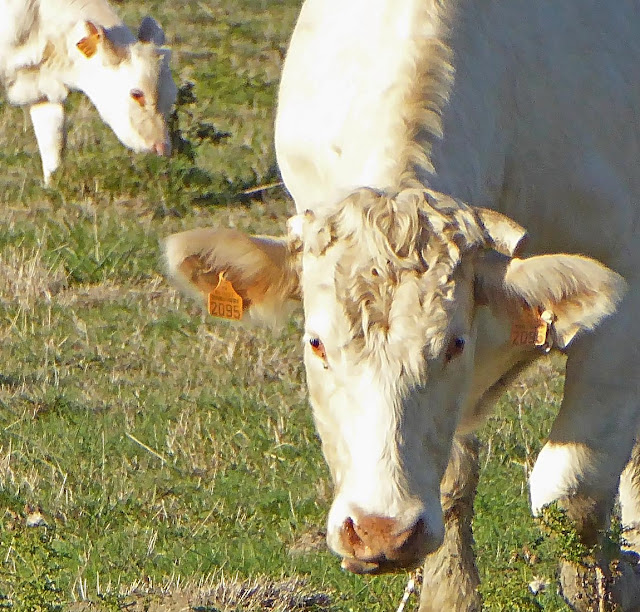 At another point, cows and several calves were grazing in a pasture on the opposite bank of the Vendée river. There were just a few other people out walking, and a few on bicycles, and a few fishing along the riverbank. It was all very peaceful and bucolic, even though the gîte was only four miles from the center of the big town of Fontenay-le-Comte (pop. 25,000 or more).
Posted by Ken Broadhurst at 07:20