Pierre de Ronsard wrote that. He was a Renaissance poet who was born at Vendôme in the Vallée du Loir, not far north of Saint-Aignan, in 1524. Ronsard was and is a great figure of the Touraine region. Four hundred years ago, he and fellow poets and writers had a lot to do with shaping the French language as we know it today. 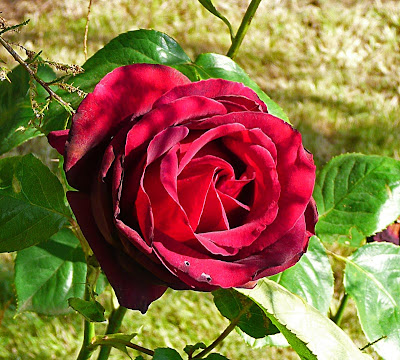 A rose in Touraine
Of course, French has evolved a lot over the past 500 years. Spellings have been modernized and the pronunciation, as far as we can tell, has changed a lot. And now English is having an inordinate influence on French — mostly through the adoption of words and expressions — but not so much on the fundamentals of pronunciation and syntax. 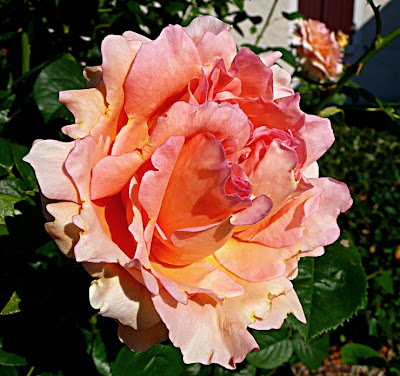 Nice roses all around Saint-Aignan this spring
Back in the Renaissance, the language that had a big influence on French was Italian. The Renaissance was imported from Italy, with new forms of art and literature. French writers were tempted to sprinkle Italian words and expressions around very liberally. Ronsard, along with the poet Joachim du Bellay, who came from down the Loire River in the Anjou region, worked to stop that from happening and set out to codify French and make it into a literary language. 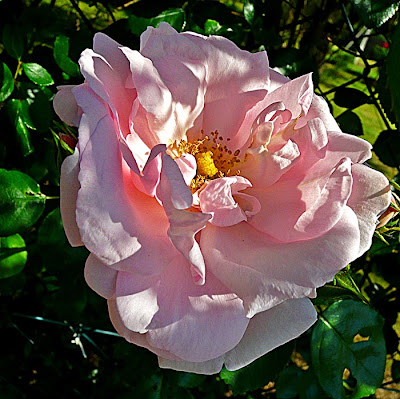 Une rose rose à la Renaudière
Ronsard was a poet who understood the importance of language. He was also a poet of love and glory. Here is my translation of part of Ronsard's poem, which he published in 1578. I learned itwhen I was still a teenager, in college, nearly 400 years after the fact. He is writing it to Hélène, a woman whose beauty he admired:

When you have gotten old...

When you have gotten old and, at night, by candlelight,
You're sitting by the fire, spinning wool into thread,
You'll hear yourself saying, enchanted — quoting my verses —
"Ronsard sang my praises in the days when I was a great beauty"...

Live now — listen to me — don't wait until tomorrow,
Gather, and start today, the roses of this life. 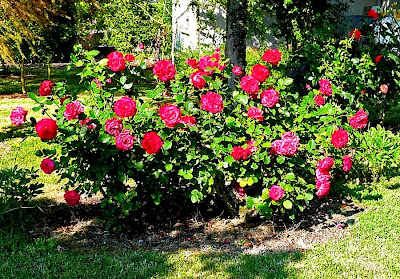 Here is the same excerpt from Ronsard's poem, in Renaissance French: